Leonard C. Herr was admitted to the California Supreme Court in 1978 and to the U.S. Supreme Court in 1986. He was admitted to the U.S. District Court, Northern, Southern, Eastern, and Central District of California and to the Federal Circuit Court in 1991. He formed Dooley & Herr with partner Dan Dooley in 1993. Since completing his tenure as appellate Justice George A. Hopper’s law clerk in 1979, Leonard has had an extensive civil practice at the trial and appellate level in state and federal court throughout California. Areas of practice include public entity defense, environmental, (CERCLA, CEQA) litigation, medical malpractice (representing doctors, hospitals and patients), along with defending police officers and school districts in high profile claims. He presently serves as Litigation Counsel for the City Of Visalia. Clients include cities, hospitals, school districts, water associations, oil and insurance companies, along with businesses and people. 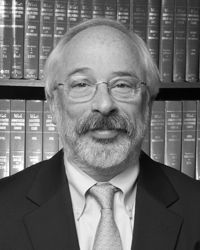 Leonard completed undergraduate work at California State University at Chico, and holds a Juris Doctorate degree from the University Of San Diego School Of Law.

Leonard served on the Board of Governors of the State Bar of California and has served on a number of State Bar committees and organizations. On two occasions, he served on the State Bar’s Judicial Nominees and Evaluations (JNE) Commission, which is entrusted with the evaluation of prospective judicial nominees. Interspersed between his two tenures of the JNE Commission, Leonard served on the JNE Review Committee. Leonard also currently serves as a Special Master within Fresno, Tulare and Kings Counties. Leonard is a member of the American Board of Trial Advocates and has served as president of the San Joaquin Valley Chapter.

Leonard previously served on the General Counsel of Visalia Runners, Inc., and the Board of Directors of Tulare and Kings County Legal Services and then Central California Legal Services for approximately 20 years. He is also on the board of KNXT, which is the Catholic Diocese of Fresno. 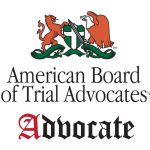